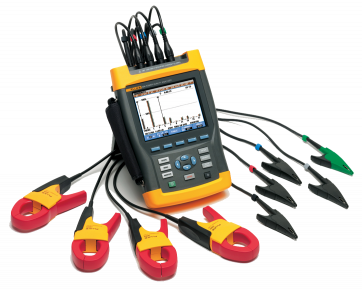 The issue of poor power quality is one that goes largely unnoticed. The symptomatic consequences of poor power quality issues are often attributed incorrectly to other causes. For example process control equipment regularly freezing is often blamed on poor software, whereas in reality voltage transients may be causing the digital hardware to malfunction.

Power Quality issues can take many forms; harmonics, voltage sags/swells, flicker & transients etc. Often the cost of power quality mitigation is small compared to the costs associated with the problem itself.

Poor power quality is caused by:

WHAT ARE POWER QUALITY ISSUES?

Power Quality related issues are of most concern nowadays. The widespread use of electronic equipment, such as information technology equipment, power electronics such as adjustable speed drives, programmable logic controllers, energy-efficient lighting, led to a complete change of electric loads nature. These loads are simultaneously the major causers and the major victims of power quality problems. Due to their non-linearity, all these loads cause disturbances in the voltage waveform.

Shadow Energy consists of Energy experts working together to solve power quality issues. Carrying out ASHRAE Level- II energy audit in respect of electrical network including power quality audit with emphasis on harmonics. Use of highly efficient power analyzer to determine harmonics and other power quality issues at various levels.

Power Quality mainly deals with the effect of harmonics in the electrical distribution system.

Harmonics: It surfaced as a buzzword in the early 1980s, making many people reconsider the effectiveness of their building's wiring system. Yet, many still view the concept as a relatively new phenomenon. However, harmonics have been around since well before the early '80s: The associated problems existed in the electrical world way back when transistor tubes were first used in the 1930s. Aside from grounding, many deem harmonics as one of the greatest concerns for the power quality industry today.